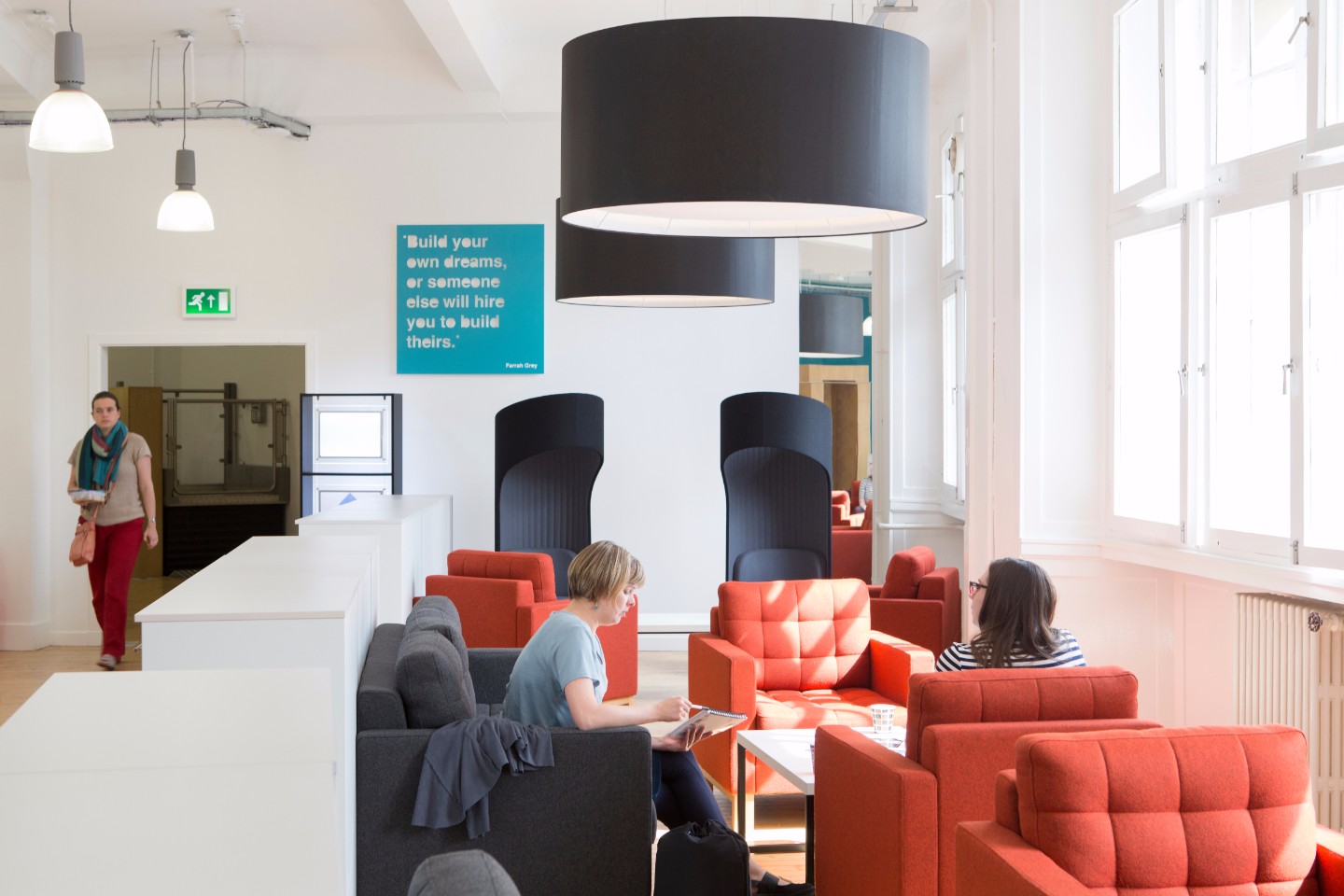 This month marks the second anniversary of companies moving into Tontine.

August also sees one of Tontine's first occupants CityFibre; a leading alternative provider of wholesale full fibre network infrastructure, moving into new business space, having grown in size during their time at the innovation centre from 8 to 40 desks.

The first Glasgow City Region City Deal project to open in Glasgow, Tontine has been a huge success, which saw office and desk capacity at 95% after the first year.

It's expected to generate £53.6million for the economy of the Glasgow city region through its status as a space for companies to grow in a supported environment.

Tontine hosts high-quality and flexible workspaces for these companies, with a focus on those sectors which link with the city's universities to maximise cross-fertilisation between growing companies in the city and major multi-nationals and research programmes situated close by.

These spaces include breakout booths; networking and meeting areas; office and desk spaces; all of which are very attractive to both new and established organisations in these sectors.

James McClafferty, Head of Regional Development for CityFibre, said: "As a company with a growing presence not only in Glasgow but across Scotland, Tontine has been the ideal base for us.

"We are transforming Glasgow into a Gigabit City, and the full fibre network we have built is constantly expanding and is set to reach 300km in size. As the network gets bigger, so has our staff base and the great thing about the Tontine is that we had the flexibility we needed as we scaled-up.

"Having other businesses in the same building promoted collaboration which was hugely beneficial, as there were opportunities for business development and networking right on the doorstep.

"The Merchant City location was a key benefit too, as it meant we were in close proximity to our partners including Glasgow City Council. All in all, we felt Tontine was the perfect space for us as we made significant steps in delivering game-changing ultrafast connectivity for Glasgow. "

Councillor Susan Aitken, Leader of Glasgow City Council and chair of the Glasgow City Region City Deal Cabinet, said; "The continued progression of CityFibre is a testament to the ongoing success of Tontine, helping to create growth and high-quality jobs.

"This type of supportive environment is proving very effective for nurturing and developing businesses.

"Tontine is poised to play a key role in the city's economic growth and is unquestionably a great success story for the Glasgow City Region City Deal."

By 2021, it is envisaged that 134 businesses will be supported at Tontine, with each expected to increase their staff numbers by at least four per business.

This will result in the creation of 536 new jobs resulting in an increased turnover of £53.6m over the term of the programme.

Tontine is a five year project, led by Glasgow City Council and delivered with support from the other Glasgow city region local authorities, Business Gateway and Scottish Enterprise.