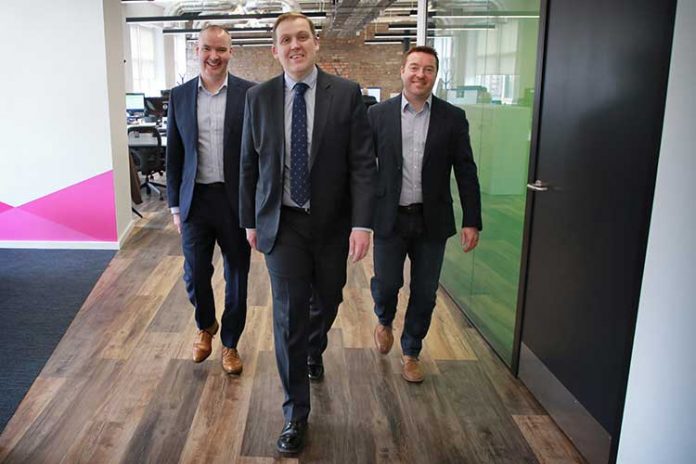 The grant will allow Incremental to continue its high growth rate and follows an initial £500,000 RSA grant in January 2017 that helped create 48 new jobs.

Neil Logan, Incremental Group’s CEO and co-founder, said: “Incremental is experiencing an exciting phase of growth and this RSA grant allows us to bring over one hundred people into highly skilled jobs across the business to keep pace with our trajectory.  We have created a modern, diverse workplace at Incremental, supporting a range of organisations across the UK around digital transformation.  We are now encouraging technologists that are looking for interesting new roles to get in touch with our talent team directly.”

Scottish Enterprise Director of Economic Development Rhona Allison said: “Scottish Enterprise has worked with Incremental through its journey from pre-start through growth stages and it’s a real pleasure to see the company reach this milestone and create another 110 high value jobs in Glasgow.

“This is a company with a strong focus on building a culture and structure which supports its rapid growth ambitions, and we look forward to supporting the Incremental team as they enter the next chapter in their growth journey.”

Economy Secretary Derek Mackay said: “Companies like Incremental are vital to the success of the Scottish economy. The fact that the company has come such a long way is testament both to the ambition and leadership of the company and to the network of support provided by our enterprise agencies.

“The £1.2 million RSA award from Scottish Enterprise will create 110 new high value jobs, generating real economic impact for Scotland. I look forward to seeing Incremental go from strength to strength in pursuit of its growth ambitions.”

Incremental Group officially launched in November 2016 and now has 120 people across its 5 UK locations – Glasgow, Inverurie, Northwich, Manchester and London.  From its current headcount and revenue run rate of £13m, the business is targeting more than 500 highly skilled jobs across the UK and revenues of more than £60 million by 2022.

During 2018, Incremental launched a new Manchester office, opened a flagship office at The Garment Factory in Glasgow and won a series of new customers across the public and commercial sectors.  The group’s customer base includes Aberdeen City Council, Shelter, Aggreko, Harbro, Scottish Leather Group and Total.