Scottish EDGE Round 14 is now OPEN! 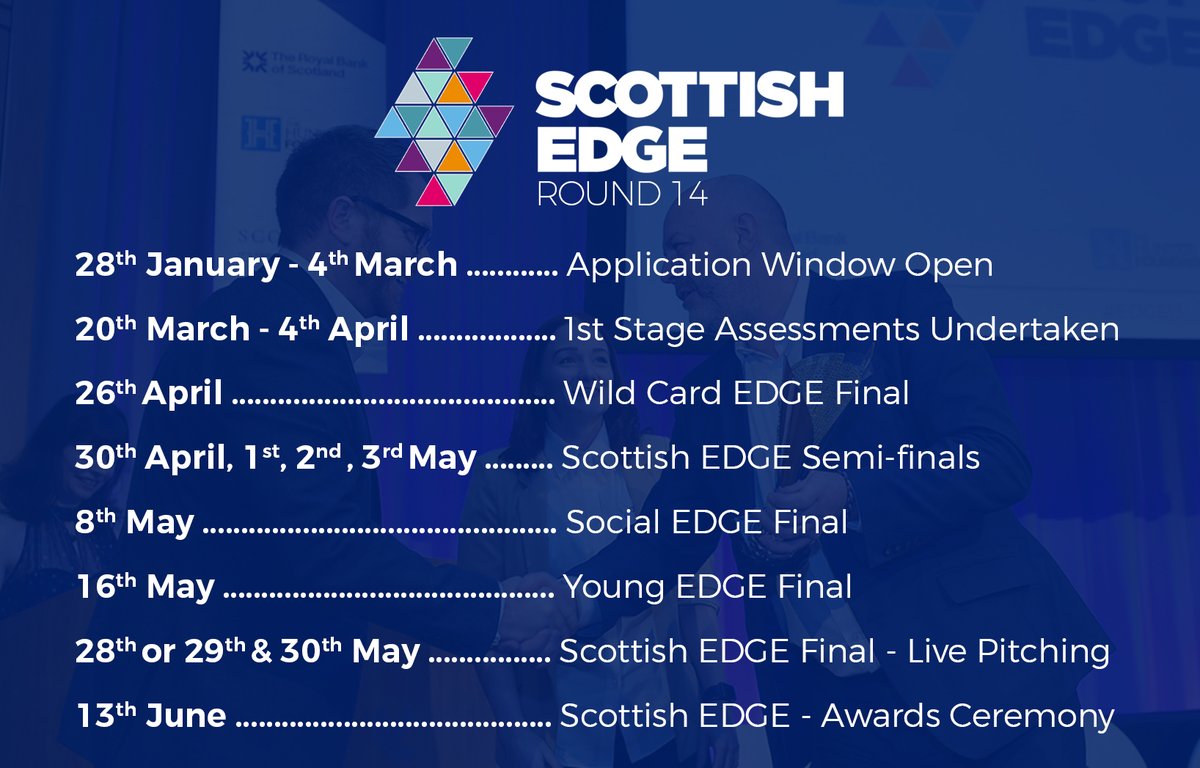 After awarding a record-breaking Scottish EDGE amount last month, during which just under 40 businesses were awarded a total of over £1.7 million in funding, Scottish EDGE, the UK’s largest business funding competition, is on the hunt for Scotland’s most innovative entrepreneurs with the launch of Round 14.

Applications to Scottish EDGE Round 14 will be accepted through the competition online portal until 4th March, 2019 at 2pm, requiring a completed application and a short video pitch.

Over its past 13 rounds, Scottish EDGE has awarded over £13 million to Startup businesses throughout Scotland and has had a huge impact on Scotland’s economy. Past winners, who include Michael Corrigan of Trtl and Leah Hutcheon of Appointedd, have collectively generated additional investment of £131.29m, £108.33m in turnover and created 1652 jobs.

All applications submitted in Round 14 will be assessed by a number of independent, expert panels before being shortlisted to participate in a Scottish EDGE semi-final or the final of the competition’s subsidiary categories, namely Young EDGE or Wild Card EDGE.

The final will take place on 28th and 30th May and prizes, ranging from £10k to £150k, will be awarded to some of Scotland’s most innovative startup businesses at the 13th June Awards Ceremony.

The return of the Creative EDGE award, which is supported by Creative Scotland, will see one business within the creative sector awarded up to £100,000, and the newly introduced Social Enterprise EDGE Award, supported by the Postcode Innovation Trust, will result in a Social Enterprise business receiving a further £100,000. Another exciting award will be announced next week.

Get along to one of their application workshops throughout the country to get advice on crafting that perfect application.