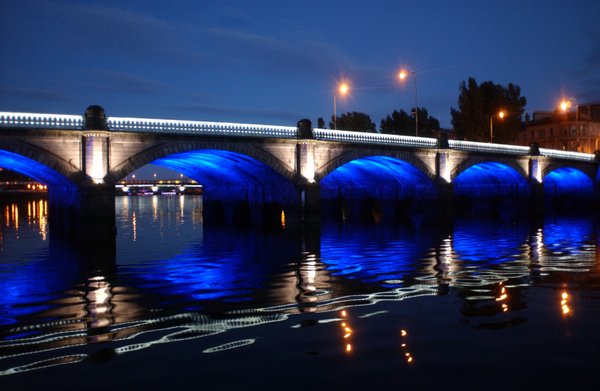 Glasgow City Council's Glasgow Film Office (GFO) made a substantial contribution to the local economy in 2016, with £16.38million generated by film, broadcast and advertising productions in the city.  This was a significantly higher figure than 2015's £10.22million.

Since its creation in 1997 with the aim of promoting Glasgow as a 'film-friendly' city, the GFO has attracted productions that have generated over £275million in economic activity.

The GFO does this through its role as the one-stop shop for productions filming or wishing to film in Glasgow, allowing them to meet with appropriate agencies, location owners and council departments.

Another key role for the GFO is ensuring that filming activity has the minimum impact on residents and businesses while delivering the greatest maximum impact, and this is achieved by working closely with council departments, Police Scotland and productions.

Some of the most notable productions to be have been made in Glasgow in recent years include the films World War Z, T2 Trainspotting, and the forthcomingChurchilland The Wife,as well as the television productions Outlander, Rillington Place, Still Game, Scot Squad and the soon-to-broadcast Loch NessandThe Replacement.

Councillor Frank McAveety, Leader of Glasgow City Council, said: "The council's Glasgow Film Office has continuously attracted productions of all sizes to the city, creating activity in the local economy and showcasing Glasgow nationally and internationally, and these latest figures underline this success.  The film and broadcast industry has made a significant contribution to Glasgow's economy over the past 20 years, and I would like to pay tribute to the Glasgow Film Office team and all those across the city whom they work with to deliver this fantastic service.  We can look forward to more productions coming to Glasgow, the centre of this sector in Scotland, in the coming years."

The GFO is supported by the Glasgow Film Partnership, a body with over 60 members, with the common goal of making filming on location in the city as simple as possible.  Some of the members of this partnership include Glasgow Chamber of Commerce, the University of Glasgow, Glasgow Airport and Network Rail.