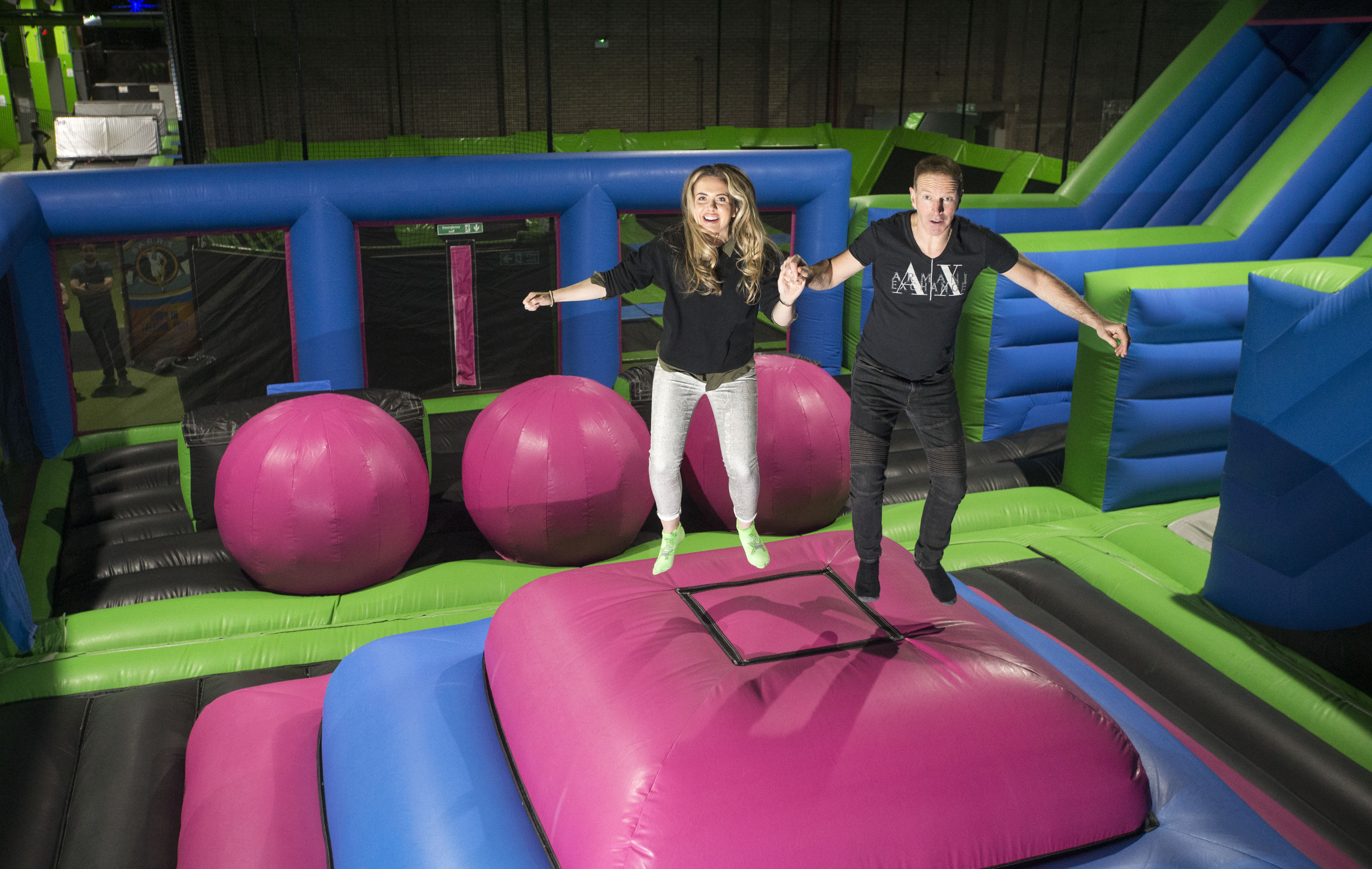 Indoor trampoline arena Flip Out, owned by JOA Leisure, have dramatically expanded their business with the help of Business Loans Scotlandto incorporate a permanent ‘Total Wipeout’ inflatable assault course which is the first of its kind in the West of Scotland.

Already taking the title of being one of the world’s largest trampoline arenas, JOA Leisure have converted approximately 15,000 sq. ft. of their 63,000 sq. ft. trampoline area into a giant inflatable assault course that has helped compliment their existing offering and bring substantial additional custom.

Employing over 100 people to date, the new inflatable arena has created 10 new jobs and has been a fantastic addition to the already extremely successful Flip Out arena. With the official launch taking place at the beginning of March, Inflataflip consists of ‘Total Wipeout’ style bouncing balls, an airbag drop, a three-lane obstacle course, an inflatable drop slide and ball pools, all of which are available to the general public, group outings and both adult and children’s parties.

Offering loans from £25,000 to £100,000 for new and growing Scottish SMEs, Business Loans Scotland were delighted to support the expansion of Flip Out and awarded the company a business loan of £40,000 to help towards the development of the new and exciting inflatable arena.