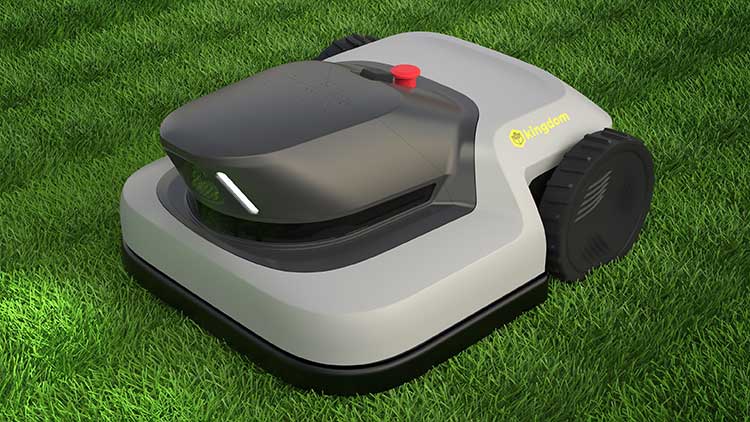 A Scottish-based business which is aiming to revolutionise the lawncare market has secured investment of £400,000 in an initial funding round.

Kingdom Technologies Ltd was founded by an Estonian Joan Kangro and is based in the Business Hatchery at University of Glasgow. It has developed a next-generation robot mower using AI and a patent pending mapping technology in a market estimated to be worth around £20 billion a year.

The funding has come from a collection of investors, led by prominent European early stage investment firms Superangel and United Angels. The round includes a number of other Scottish and Estonian investors.

Kingdom has developed a cutting-edge mapping and positioning technology that enables the fully autonomous robot to mow much larger areas than the current state of the art. Higher efficiency is achieved by the robot’s movement trajectory which is similar to a person’s movement pattern. In addition, it does not need a boundary cable installation and ensures better safety and mowing quality.

The business, which was advised on the deal by Scottish law firm Harper Macleod, is targeting potential clients including local authorities, golf clubs and commercial premises, as well as residential premises with large gardens and other large terrains. Kingdom has already agreed multiple pilot projects with local authorities and golf courses and will start to operate the first pilots this autumn.