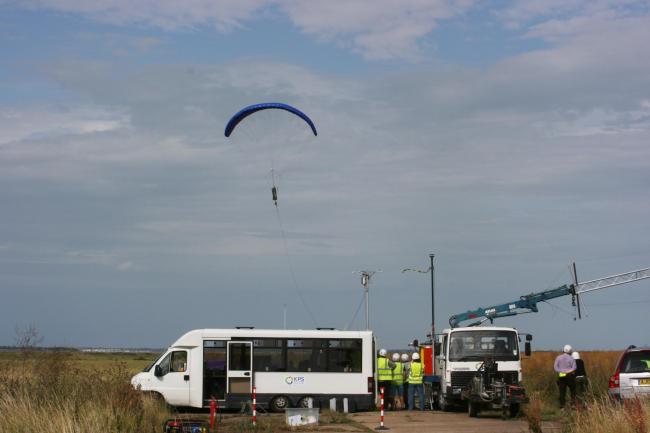 KITE Power Systems, the renewable energy company, has opened a head office in Glasgow, following plans to establish a research and test facility in Dumfries & Galloway.

Kite Power Systems, known as KPS, is undertaking a recruitment drive as it consolidates its activities in Scotland, with 10 posts set to be filled by the end of next month.

In December, KPS announced it would open a test site on a MoD range near Stranraer, after it was backed by £5million of investment, led by Shell, along with E.ON and Schlumberger.

KPS’s management and design engineering team will be based at the Tontine Innovation Centre in Glasgow’s Trongate, which was once home to James Watt’s workshop. Last year it was converted into a high-tech space in a £1.7m redevelopment as part of the Glasgow and Clyde Valley City Deal.

The total headcount at the business will rise to 25 by the end of the first year in Scotland, which will result in KPS moving to a permanent workspace in the city centre later in 2017.

KPS’ technology works by tethering kites to a winch system that generates electricity as it spools out. Kite power requires lower capital expenditure than conventional offshore turbines as it doesn’t require the installation of turbines and their foundations.

The company has already secured planning consent to deploy a 500kW power system from April this year. This, said the company, will lead to a planned onshore demonstration array of multiple 500kW systems within the next three to four years elsewhere in Scotland.

Thereafter, KPS plans to develop a 3MW onshore system at West Freugh and then deploy a similar sized power system in offshore waters.

David Ainsworth, KPS business development director said: “As well as its proximity to our testing facility, [Glasgow] offers a wealth of resources, expertise and talent in engineering design and manufacture.