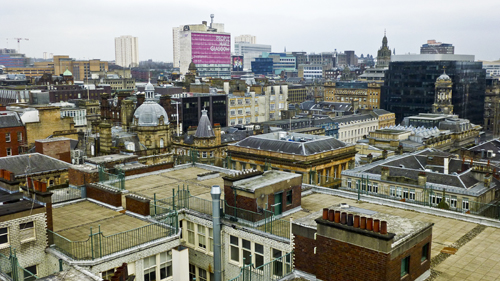 An innovative new promotional film aimed at showcasing Glasgow from 'sun up to sun down' to potential tourists has been launched.

The 90-second video, which was revealed via the city's PEOPLE MAKE GLASGOW social media channels, uses stop motion and has been created by editing nearly 500 different still images together, including Instagram contributions from residents, previous visitors and city partners.

Produced by local creative agency, Frame, the film is set to the song 'How We Met (Cherry Pie)' by Glasgow girl band, Teen Canteen, and takes audiences on a journey through some of the city's most iconic cultural attractions, music venues, restaurants, bars and places.

Among them are Kelvingrove Art Gallery and Museum, the University of Glasgow, the River Clyde, People's Palace, the SSE Hydro, the Barrowlands, King Tut's, House for an Art Lover, Pollok House, the McLennan Arch, the Glasgow Subway, Ashton Lane, George Square, The Lighthouse, Buchanan Street and The Big G in Glasgow Green.

The film is part of the city's new destination marketing campaign, Next Stop: Glasgow, which is being rolled out across the UK and internationally by Glasgow Life and tourism partners.

The campaign is supporting delivery of Glasgow's Tourism and Visitor Plan to grow the city's tourism economy by attracting one million more overnight visitors by 2023.

Councillor David McDonald, chair of Glasgow Life and deputy leader of Glasgow City Council, said: "The global tourism market is fiercely competitive, but there's no shortage of compelling reasons to visit Glasgow. Our new film showcases what we have to offer from sun up to sun down, including our world-class museums, incredible built heritage, outstanding food and drink offer and music, performing and contemporary art scenes.

"To achieve the ambitions of our new tourism plan it's important that we develop shareable content that captures the attention of our audiences through the digital channels that we know are most important to them. We want people to watch and share this film and make their next stop Glasgow."