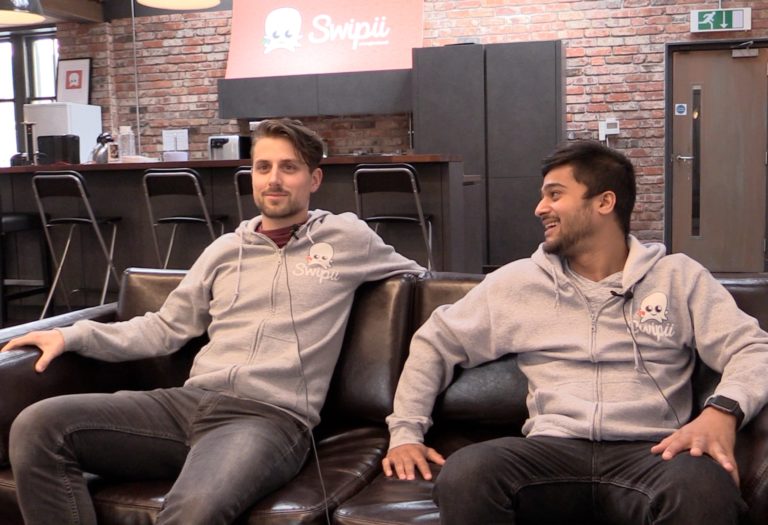 Entrepreneurs Chitresh Sharma and Louis Schena have been challenging the status quo with their market-leading loyalty program platform fuelled by marketing activities, Swipii.

The Swipii app and keychain cards can be used in more than 2,500 locations spread across the whole of the UK. Once activated, an account can be used to collect loyalty points and redeem special offers from merchants keen to see you back again with repeat business.

Behind the scenes of their frat house office (complete with the start-up starter kit of an espresso machine, foozball and pool table), Swipii is hard at work equipping brick-and-mortar retailers with the tools they require to catch up with their online counterparts.

From a team of 6 in 2016, the company has grown to house 37 employees with plans to double in size by the end of 2017. Swipii doesn't hire often, but Senior Marketing Manager Robert Gillespie says they hire the very best fit for the company.

With retailers on board in the furthest corners of the UK, the pair now have their crosshairs firmly set on Europe. For Frenchman Louis, the first nation to test the waters in is a no-brainer.

The dream of conquering Europe isn’t far-fetched for the young start-up. A steady stream of enquiries have been trickling in from France, Spain and as far-off as Australia. Brexit will bring its own set of challenges for the company, but the team are still set on launching in France by the end of 2017.

In January this year, Chitresh and Louis found themselves on Forbes’ 30 Under 30 list, a testament to their success in the Scottish disruptive tech start-up community. With their momentum taking them further and further from where it began, the good ship Swipii has never looked to be in better shape for setting sail in uncharted seas.

Read our Case Study on Swipii to find out how we supported them: http://bit.ly/2vwjyUu