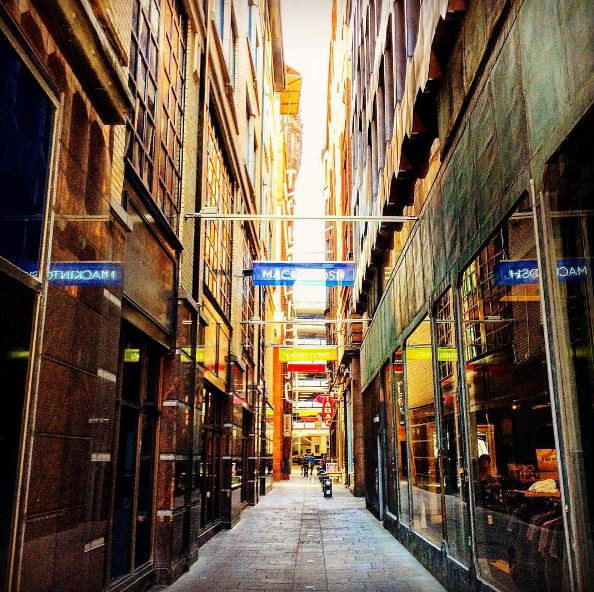 Glasgow City Council today (30 January) considered the final version of a strategy that aims to make the best use of the 90 lanes in the city centre.

This lanes strategy, as part of the council's wider city centre strategy, views the city centre's lane network as a valuable part of Glasgow's rich heritage and character.

Some of the key findings of the public consultation included:

Some city centre lanes have always enjoyed a variety of uses, and in recent years have been joined by a number of others which have been transformed into successful public spaces with independent shops, restaurants and bars contributing to Glasgow's day and night-time economies.

However, many other lanes in the city centre do not have such activity and can be locations where anti-social behaviour takes place, as well as a being a poor physical environment with unauthorised parking and excessive refuse disposal systems.

The strategy examined the uses - historic and current - of each lane, taking into account their individual characteristics and considering the impact of planning policies on the network.  In addition, the experience of cities from around the world who have developed similar lane strategies, such as Montreal, San Francisco, Seattle and Melbourne, has also been taken into account in the development of the Glasgow strategy.

The strategy also proposes a range of potential actions, such as events and pop-up activities; integration with the new public realm to be delivered through the city centre 'Avenues' programme; the management of future development aided by planning policy and design guidance to ensure the optimal regeneration of lanes where possible; and initiatives on waste and recycling; public health and community safety; and parking and surfacing.

After a review of the results of the consultation, the action plan for the delivery of the strategy has been further developed in the following areas:

Councillor Kenny McLean, City Convener for Neighbourhoods, Housing and Public Realm at Glasgow City Council said: "While many of our city centre lanes thrive, others could find far more productive uses.  So this is an important step in the regeneration of our lanes, a key asset for the city, and runs alongside our plans for the development of the entire city centre."