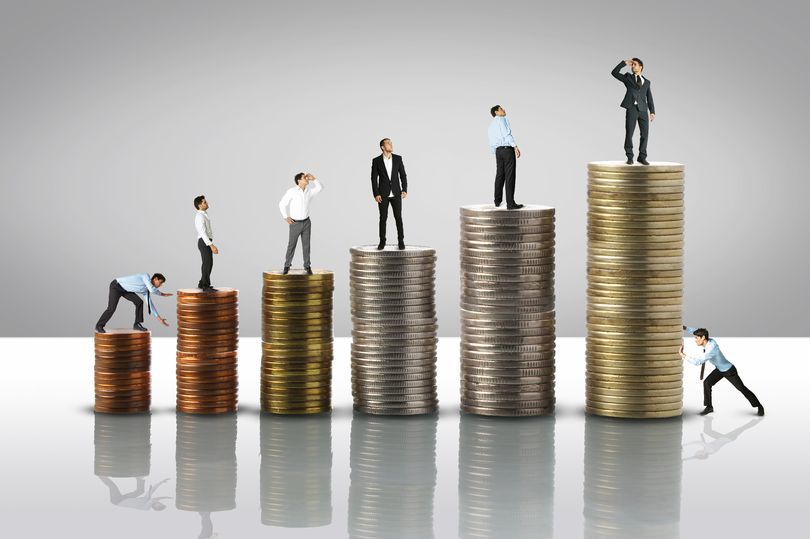 Glasgow is expected to emerge as the city leading economic growth in Scotland, ahead of Edinburgh and above the average growth rate for Scotland and the UK, according to the EY Scottish ITEM Club 2019 Forecast.

The growth in Glasgow can be attributed to a number of recent high profile investments delivered or agreed, many of which are in the financial services sector, including the Barclays bank announcement. Glasgow’s forecast growth of 2.6% GVA in 2018 is expected to be matched only by Stirling, boosted by its resilient consumer sectors.

Meanwhile Scotland’s economic growth is forecast to fall in 2019 as pressure on the labour market intensifies, consumer spend slows down and business investment remains subdued.

But outperforming the UK is not enough for Scotland – and Brexit stagnation is holding the country back.

“Business investment has fallen in Scotland and the UK for the last three quarters, whereas in the Germany and United States it has been running at 4-5 %. It is one of the factors to consider but business is being cautious about investing. You imagine if you are the CEO of a multi-national business and saying you have a deal in the UK, not many businesses are willing to take that risk the way they would have done previously,’’ said Mark Gregory, EY’s Chief Economist.

“Until there is clarity that issue isn’t going to go away. In the global economy, we are at an interesting point with the Fourth Industrial revolution. Now is the time that you really want to be investing but in the UK and Scotland we have one hand tied behind our back by making it that bit harder to take risks. My worry is we might wake up in three or five years and realise we’ve missed out. Not because of Brexit but because of the Brexit process.’’

Similar to 2018, consumer spending is predicted to make a significant contribution to the Scottish economy in 2019. However, this is due to be fuelled by consumers running down their savings rather than through a growth in wages with personal disposable income forecast at 0.9% and consumer expenditure at 1.0%. Mr Gregory is concerned about over-heating credit which is reaching pre-banking crash levels.

The working age population in Scotland is expected to fall by an average of 0.4% per year over the next five years. Employment growth is also projected to be lacklustre, growing by 0.3% in 2019 and averaging 0.3% per year between 2018 and 2023 which is below the UK’s 0.5%.

Mr Gregory said: “The pace of economic growth achieved in Scotland during the past year appears to be unsustainable as pressure mounts on the already delicate labour market and business investment remains subdued. Scotland has proved it can grow its economy faster than the UK but failing to invest in capital at this time will limit future growth and the possibility of outpacing the UK.

“Scotland’s population is growing at a slow pace, the working age population is ageing and working-age migration is predicted to fall in Scotland by 55% next year and by a total of 73% through to 2022. Given Scotland is more reliant on migrant workers than other parts of the UK this collapse in the number of working age migrants is a significant challenge facing business and government.

“Maximising the potential of the domestic population is a priority and will require investment in skills and training as well as new technologies so that workers have access to the latest equipment and techniques. This is an agenda the Scottish Government is already engaged with but activity in this space needs to be accelerated from both government and business to address the immediate and long term challenges the labour market presents.”

The private services sector will continue to drive growth across Scotland, contributing more than 70% of GVA growth in 2019. Within this group, professional, scientific and technical activities are predicted to be the most notable for Scotland with GVA growth of 2.7%, edging ahead of the UK’s performance in this area (2.6% GVA).

Construction is forecast to have the highest growth rate at 3% GVA, followed by professional, scientific and technical activities with information and communication in third place at 2.5% GVA.

Mark Gregory said: “In 2018 manufacturing was projected to be Scotland’s fastest growing sector, accounting for a quarter of all growth but in 2019 a slowing global economy will impact the sector with growth expected to fall to 0.3%. While this is predicted to result in falling employment levels this will be offset to some extent by construction which will take over as Scotland’s fastest-growing employer in 2019, supporting 15,000 additional jobs by 2023.”

Mark Harvey, EY Senior Partner for Scotland, said: “Scotland’s economic growth is showing signs of slowing and it is vital, particularly with Brexit on the horizon, it doesn’t stall. Business leaders are seeking greater certainty from government that creating a stronger economy is possible in the near future.

“Government cannot expect business to invest on a promise. They must analyse what they can do to make a more positive environment for investment; commit to it and create it.  On the skills front, there are many companies delivering outstanding training programmes in Scotland and opening the world of work to more people but this is not enough alone. Government must have a clear vision to amplify this across Scotland in a more integrated and collaborative way.

“Scotland has a good proposition for investors and has consistently proved this through record levels of inward investment but we must continue to improve what we have to offer domestic and international investors. Business is doing what it can given the current level of assurance from government to ensure stability.

"Confidence needs to be boosted and while there is no silver bullet a clearer vision for improving the economic environment from the Scottish Government would be welcomed.”