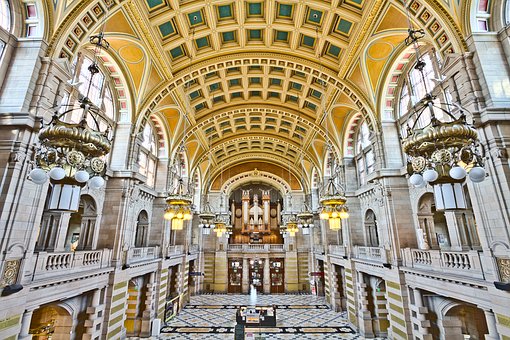 Glasgow is the cultural and creative capital of the UK, according to the European Commission.

Scotland's most populated city took the top spot in the Cultural and Creative Cities Monitor 2019 report.

The study from the EU's executive arm ranks 190 cities in 30 European countries on their "cultural vibrancy", "creative economy", and ability to attract creative talent and stimulate cultural engagement.

London, Bristol, Brighton and Manchester round out the rest of the top five, with Edinburgh in sixth place.

Dundee was the next ranked Scottish city, coming in 12th place.

Glasgow is top for "openness, tolerance and trust", and "cultural participation and attractiveness", according to the report.

Edinburgh is named the best UK city for cultural venues and facilities.

The report states: "Glasgow was one of the first European capitals of culture, in 1990. Known as an industrial city, it has now gained recognition as a creative and cultural centre of European importance."

Bridget McConnell, chair of Glasgow Life which delivers cultural and sports events for Glasgow City Council, said: "We always knew Glasgow was a global cultural leader and we're delighted that the European Commission has confirmed our position of the UK's leading cultural and creative city.

"Glasgow is a city bursting with energy, passion and creativity and filled with artists, designers, creators and innovators. We have world-class museums and galleries, incredible architecture and history and, as a Unesco City of Music, there's nowhere better to enjoy a gig.

"What's more, our openness, tolerance and trust has been rated as the best in Europe, confirming what we already know, that our people make Glasgow the best city in the world."

Glasgow has also been named as the best European city for new graduates, read more here.